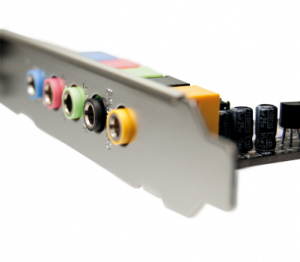 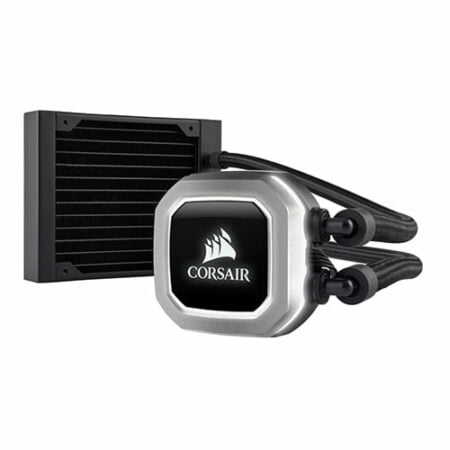 The Hydro Series H100i v2 is an extreme performance, all-in-one liquid CPU cooler for cases with 240mm radiator mounts. The 240mm radiator and dual SP120L PWM fans provide the excellent heat dissipation you need for highly overclocked CPUs. CORSAIR iCUE is built in, so you can monitor temperatures, adjust cooling performance and customize LED lighting directly from your desktop.

The double-wide radiator offers approximately twice the cooling area of our Hydro Series coolers which use a 120mm or 140mm radiator. It fits virtually any case that has dual 120mm fan mounts spaced for a 240mm radiator.

Our custom-designed SP120L fans are different than standard case fans – they’re custom-designed to deliver high static pressure for mounting directly against radiators, and the fan blades are specially shaped for maximum air delivery with minimum noise. Since they’re PWM controlled, you can customize the fan speed to choose the optimal point on the performance/noise curve.

Attach the included CORSAIR iCUE cable to a USB header on your motherboard and download the free CORSAIR iCUE software to unlock even more power. You can customize cooling performance, monitor coolant and CPU temperatures, and change the color of the RGB LED lighting from the default white to match your system, or to change color based on temperature readings and other inputs.

Gone are the days when watercooling required lots of work. The H100i v2 is a closed loop design that comes pre-filled, and it comes with a modular, tool-free mounting bracket for faster installation.

Corsair Hydro Series CPU coolers give you the power of liquid cooling in a compact, easy-to-install package. They offer superior cooling for higher overclocking performance, without the complexity of traditional water cooling kits.